Originally posted as What’s New in Shortcuts? Issue 34 – sign up for the newsletter here.

Welcome to Issue 34 of “What’s New in Shortcuts?”

This week we’re in the shortcut dip between new Apple products shipping – but that just leaves more room for Shortcuts fun really.

Next week I’ll have more fun stuff to share, especially as we head towards the summer beta season – and be on the lookout for new streams in the calendar too.

My video on what’s beyond the surfaces of AirTags, a shortcut for importing Castro’s OPML to podcasts, and one of my first Mac shortcuts:

Last week I shared posts from the Shortcuts User Group – this time it’s links from the last month of r/Shortcuts, the 200,000+ strong community for all things Siri Shortcuts on Reddit:

The Verge calls for changes to Shortcuts notifications, a guide to using Shortcuts on Apple Watch, and Matt Gemmell’s simple automation:

But if you just want a way to quickly open the Shortcuts app and pick from all your Watch shortcuts, there’s a way to get a complication that doesn’t launch a specific shortcut&

You just need to remove all your shortcuts from being available on Apple Watch (I suggest taking a screenshot of them first so you can add them back later) and then the only option shown in the complication picker will be “Shortcuts.” 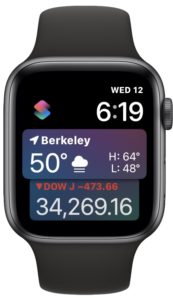 Then, you can stick it on a watch face and have a quick launcher to see all your shortcuts in the app (once you put them back in) – I’ve got mine on the Siri face.

Read about Shortcuts in the watchOS guide 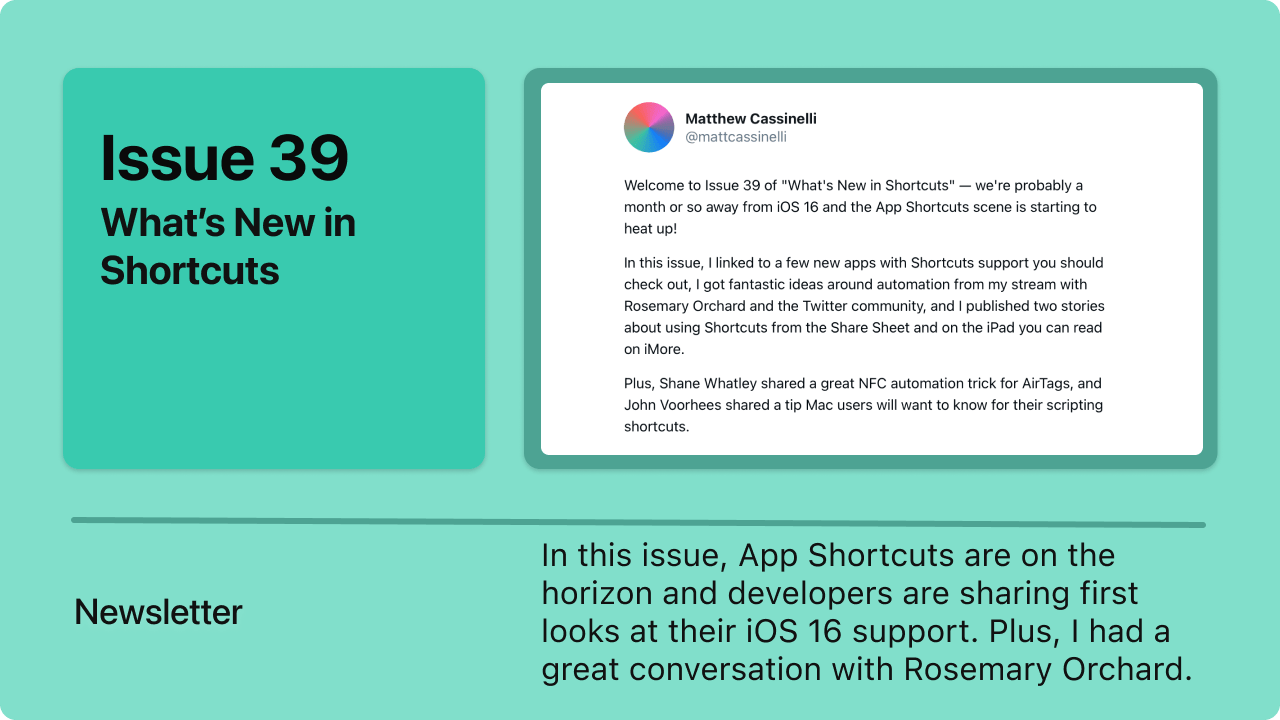 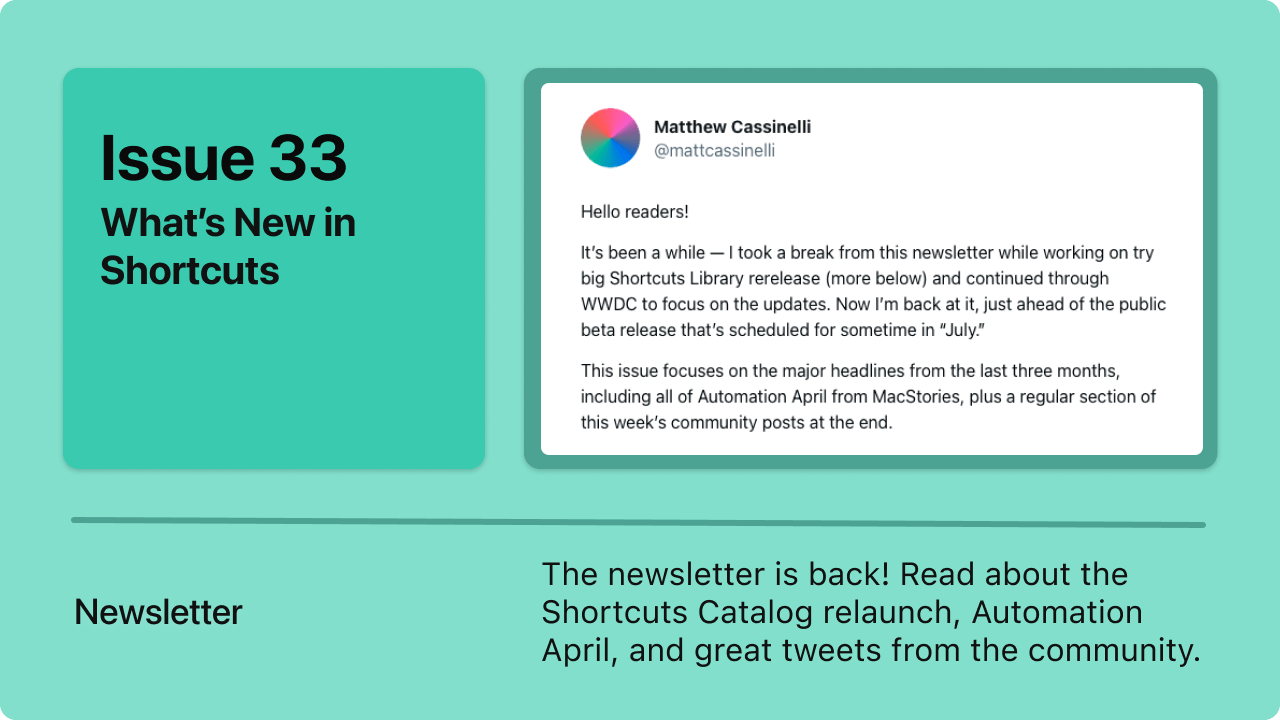