From Issue 43 of my Shortcuts newsletter:

Welcome to Issue 43 of “What’s New in Shortcuts” — iOS 16 is finally out, the iPhones 14 are in people’s hands, and that means it’s time for a new set of Shortcuts actions!

I’ve released my set of iOS 16 shortcuts below, which everyone can get for free — these are my own App Shortcuts-like folders for each of the new actions available for Voice Memos, Notes, Clock, Hotspot, Parked Cars, Safari, Background Removal, and Shortcuts.

Basically, I wanted each of you to immediately have a new shortcut for each action available, so you don’t have to generate them yourselves — get them below.

Plus, as you’ll see in this issue, I managed to go viral this week with over 3 million views, I shared an initial look at App Shortcuts in iOS 16, and tomorrow I’m hosting three app developers to talk about their implementations — enjoy:

Read the full issue on Revue. 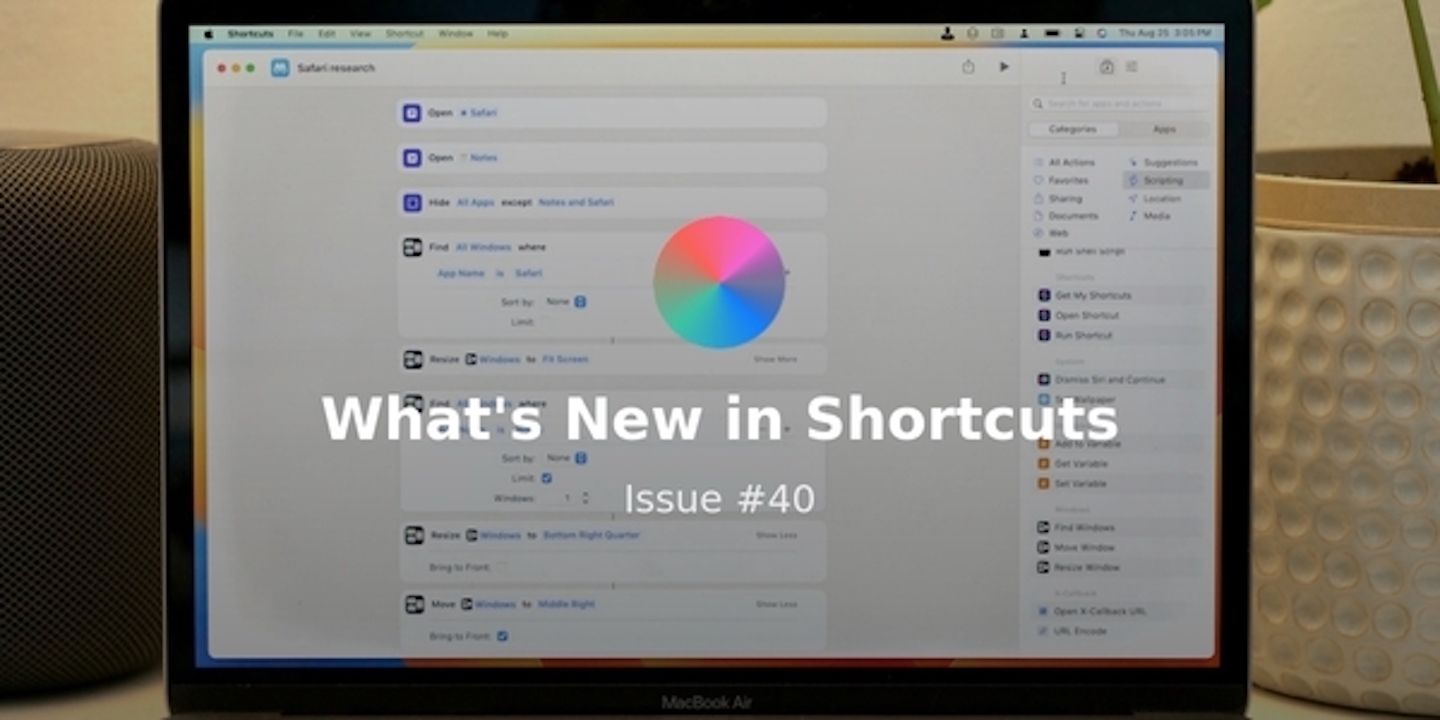 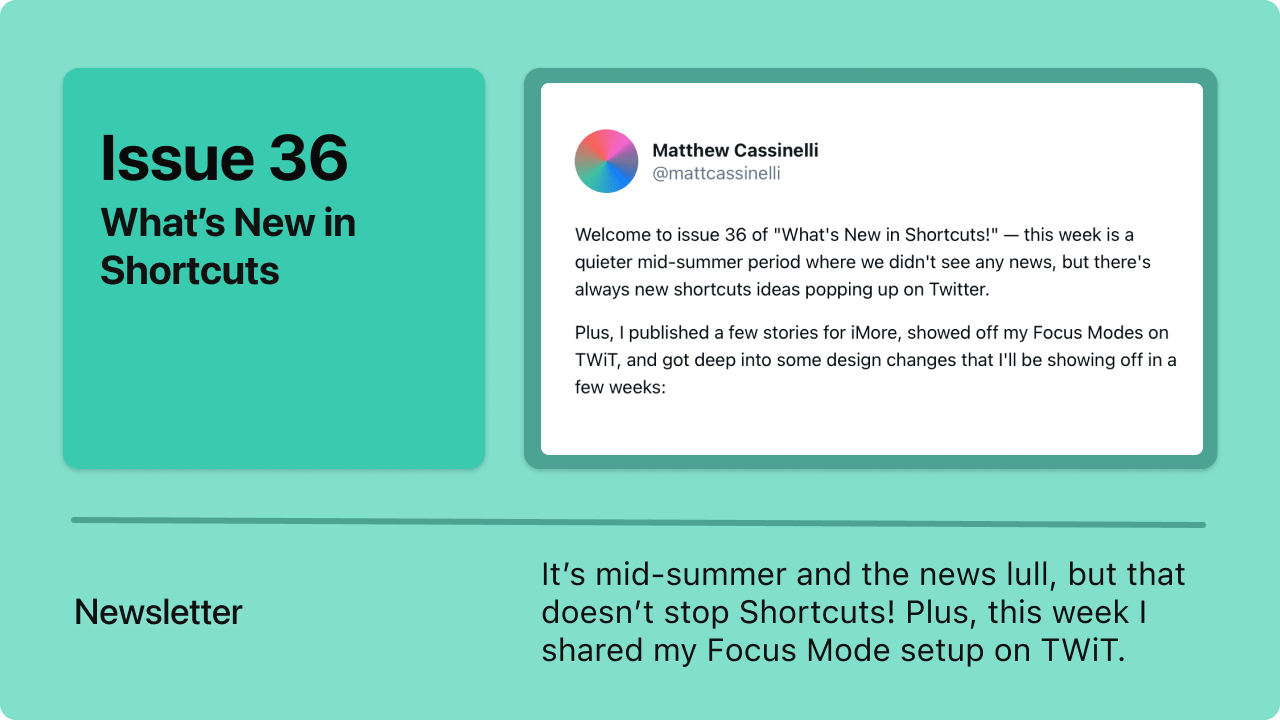