On Wednesday, Apple published an update in the Apple Support knowledge base detailing new features and issues fixed in Shortcuts in the latest iOS and macOS releases. 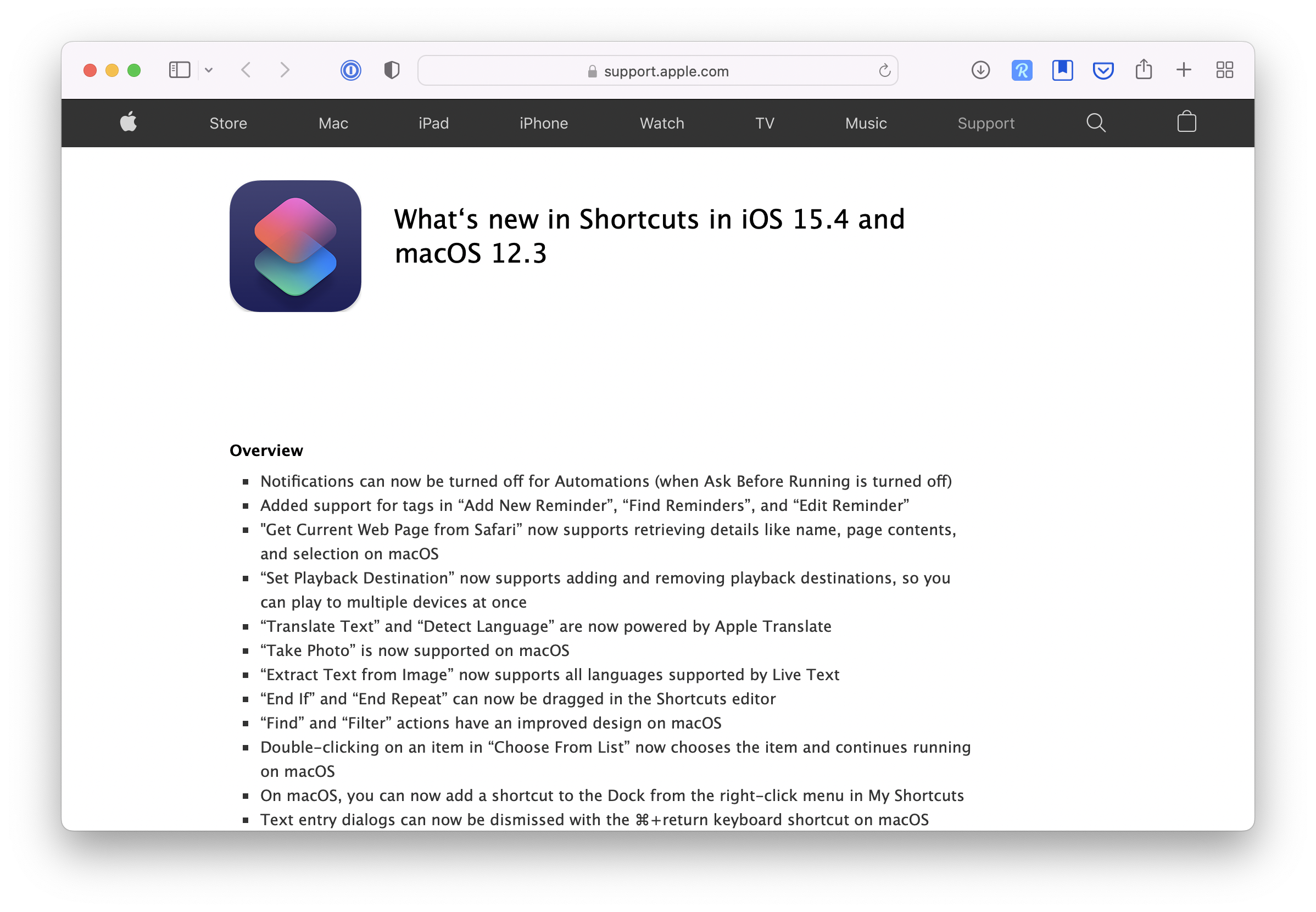 Changes to know about

In the post, Apple lists all of the new features added to the Shortcuts app, from Automation changes, new actions, and lots of smaller details: 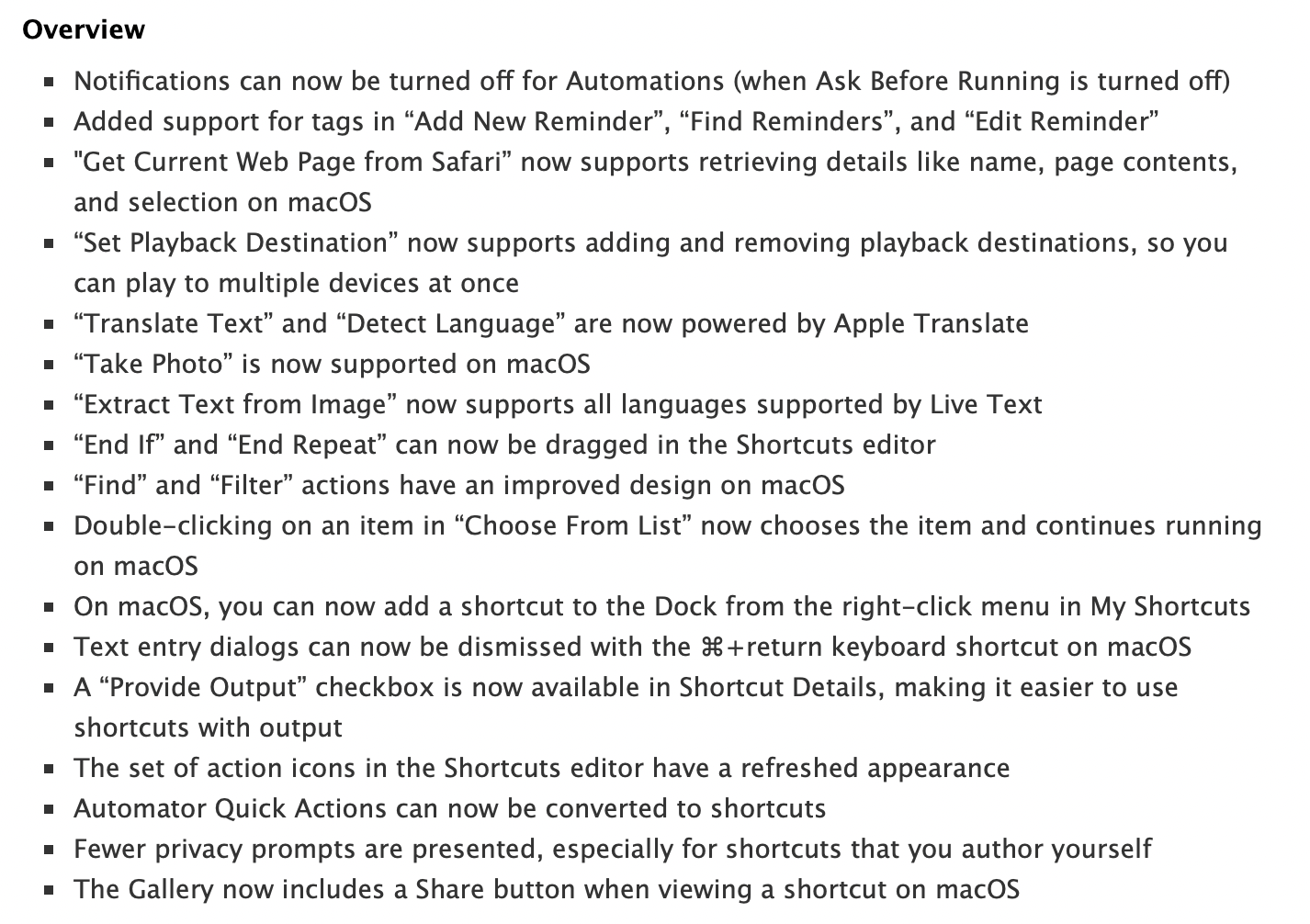 The second half also lists the fixes that were made for existing issues – general improvements to the editor, tweaks for broken actions or performance problems, and fixes for scripting both in the app & using Shortcuts’ command-line utility:

The post itself has significance as well, as it marks Apple providing direct communication for the Shortcuts app about new features and problems.

Previously, the Shortcuts community relied on checking the app after each release and attempted to detail all the changes, which meant only the most obvious features became common knowledge. Plus, the status of bug fixes & ongoing issues was hard to know in each new update without re-testing each time.

Now, this post provides a reference point, both to confirm when these features were released, but also when issues are fixed (or not yet fixed as well) – the increased communication from Apple is very welcome and a huge win for the Shortcuts community.

Overall, I am extremely pleased to see Apple communicate about Shortcuts this way, and it shows that the company is taking concerns raised by users in the community seriously.

I hope Apple continues to report new changes and fixed alongside each OS release, plus I hope this also applies to mid-release beta cycles – understanding what’s new, what’s fixed, and what might still need further reporting is necessary for beta testers in particular to participate in the Feedback process in a productive manner and help Shortcuts issues get resolved quicker.

I didn’t even know about some of these features & fixes after testing this release for months, and I love to see suggestions that folks in the community submitted now become part of the shipping app – there’s more to do, but Apple has shown that they’re actively listening to the existing problems, as well as shaping the future of Shortcuts with the community’s feedback in mind.

Check out the full changelog on Apple.com.

P.S. Minor detail, but this Apple Support page is not optimized for mobile and should be. 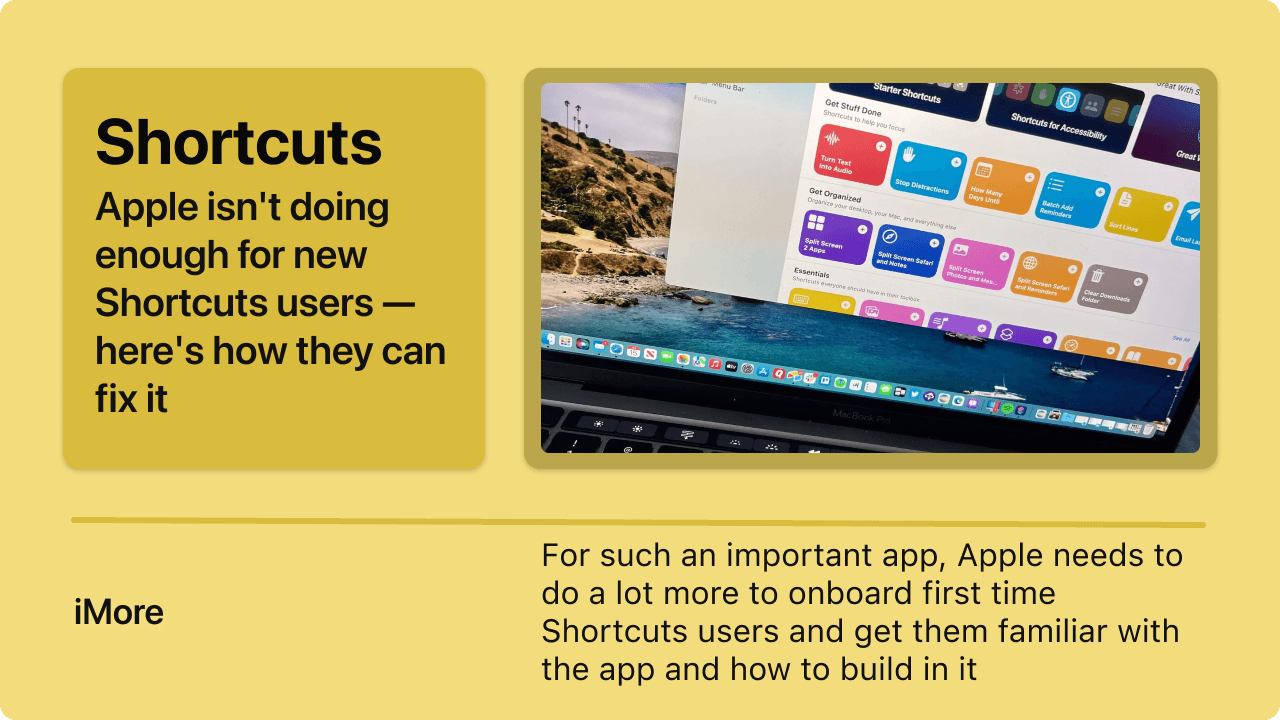 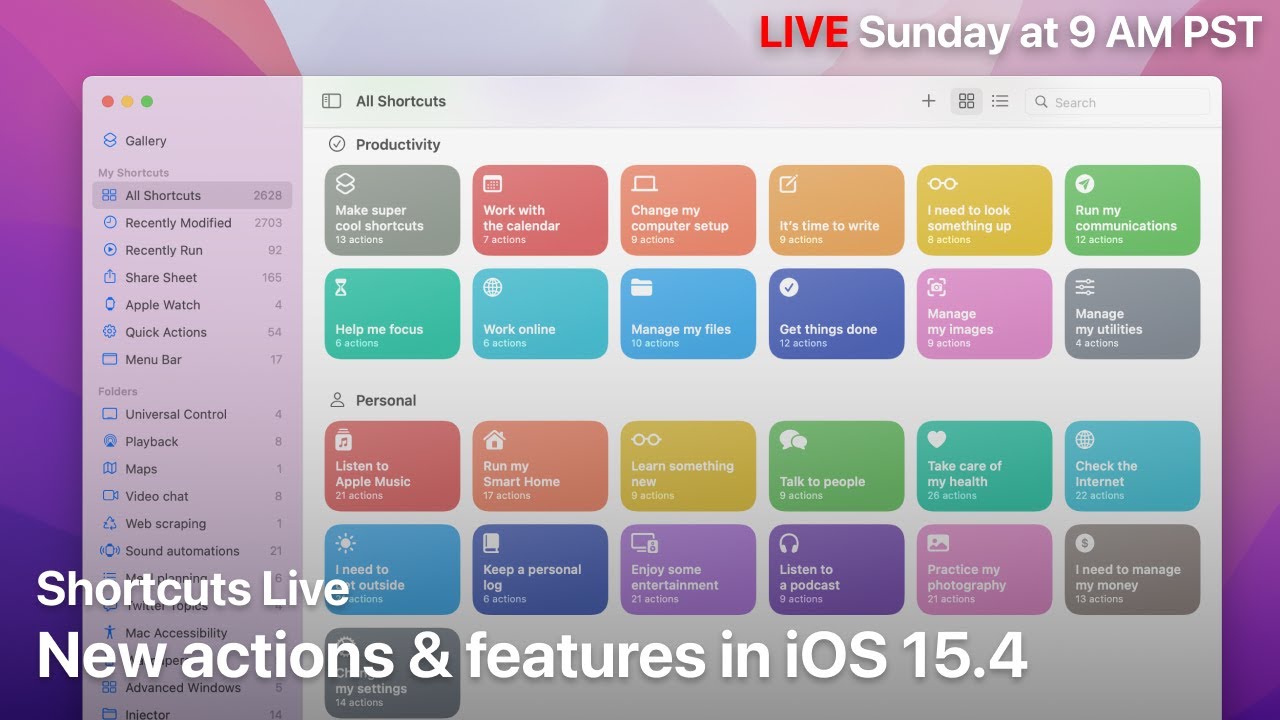