Automating how loud Siri replies on the HomePod 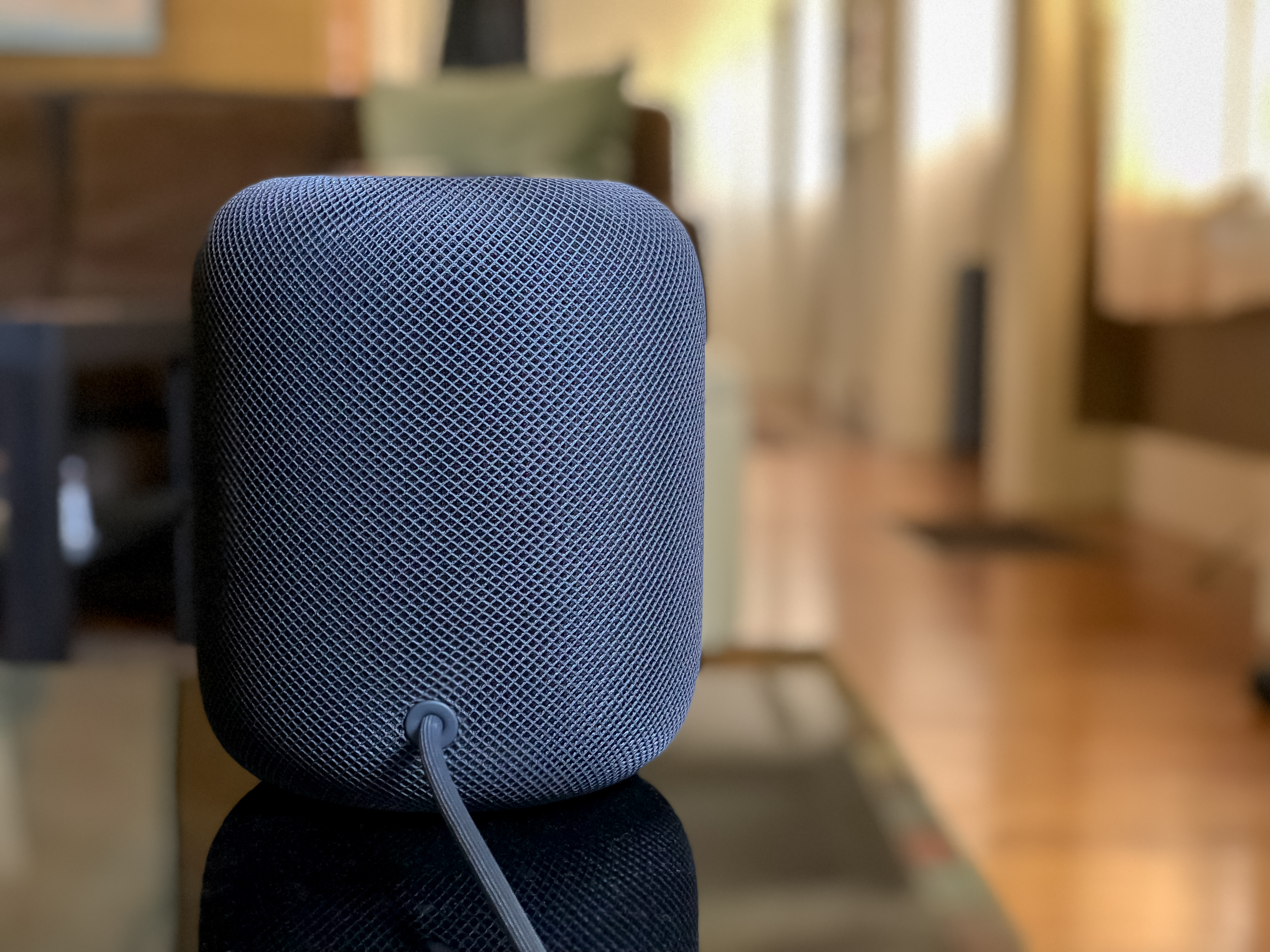 I’m a huge fan of the HomePod – after bearing the investment cost, it’s improved my daily interactions with music and opened access to controlling my smart home gear, plus provides a new medium for everything I’ve built in the Shortcuts app.

But one of the nagging problems with HomePod is the way Siri, regardless of the current time of day, will respond loudly at whatever volume you’ve previously set.

Whether it’s the middle of the night or super early in the morning, it’s all too common to ask Siri something and the answer shouted backed at you, only because you listened to music loudly sometime yesterday. Hopefully nobody wakes up, you curse at how dumb your supposedly “smart” speaker can be, and frantically try to turn it down.

Thankfully, iOS 13.2 provides a route to a solution by adding HomePods and AppleTV to scenes and automations – the HomePod didn’t fix this on its own, but, with a Home Automation, you can make it “smart” enough yourself.1

As I was exploring these capabilities in the above Twitch live-stream, I realized there was a solution to my loudness problem: the Time of Day automation and the Adjust Volume Only option could be combined to quiet Siri on the HomePod at night.

By setting up Time of Day automation for the HomePod to change the volume only, the HomePod not only reduces how loud the music plays, but also lowers how loud Siri speaks her replies.

Normally, HomePod should react to the ambient noise in the room – this works great in regular daily situations, but it’s still not quiet enough at night in my experience and I want to guarantee reliable results. 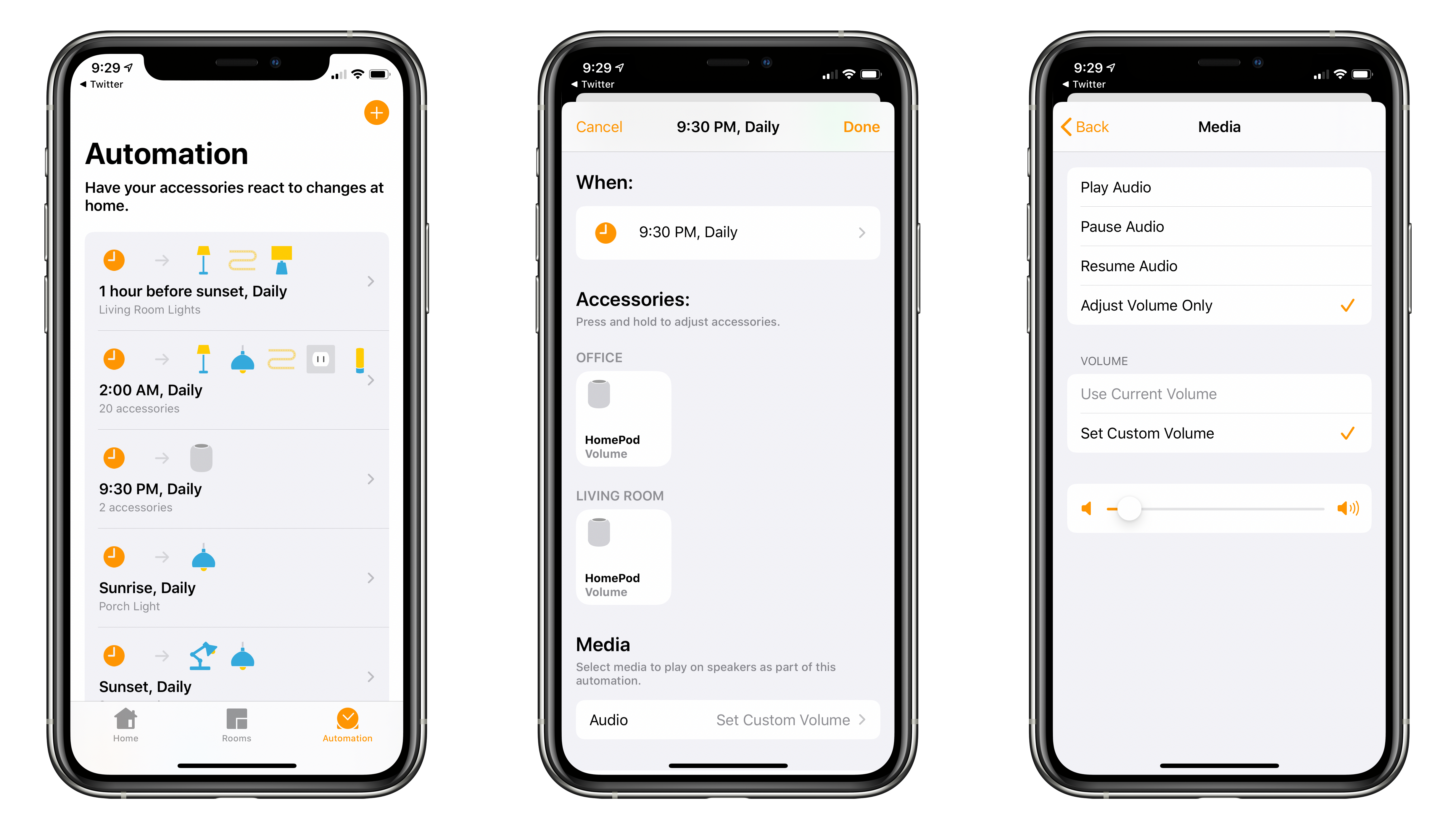 So, I set up an Automation for 10:30 PM that automatically turns the HomePod volume down to 10% (or so), with the goal making Siri respond in the quietest possible voice once it hits that time of night and into the early morning.

Since I’ve been using this, we haven’t had any more shouty replies and Siri has been responding at a reasonable volume – it works great. Every member of the household has appreciated it so far – even our cat, who usually gets scared by Siri suddenly responding out of nowhere.2

I’ve only just begun to experiment with HomePod’s new Automation capabilities, but I think “Set volume low at night” is an Automation everyone with HomePod should set up.

In reality though, Apple should make this Automation unnecessary – having Siri respond quieter at night or when you’re speaking softly should be a more robust feature, and is something both Alexa and Google Assistant speakers already tout as a feature.

But there’s no need to wait for Apple – here’s a checklist for setting up the Automation for your HomePod:

If you’re doing anything with Home Automations—HomePod or not—let me know on Twitter, because I’d love more great ideas. ? 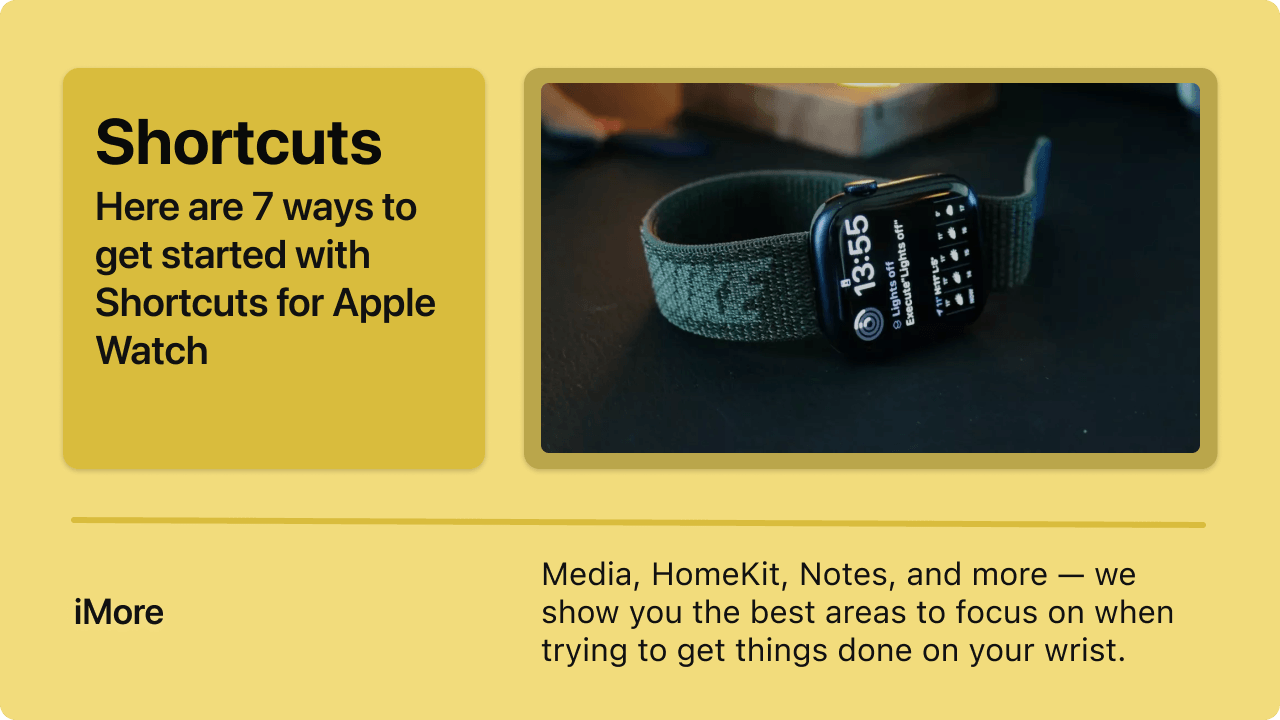 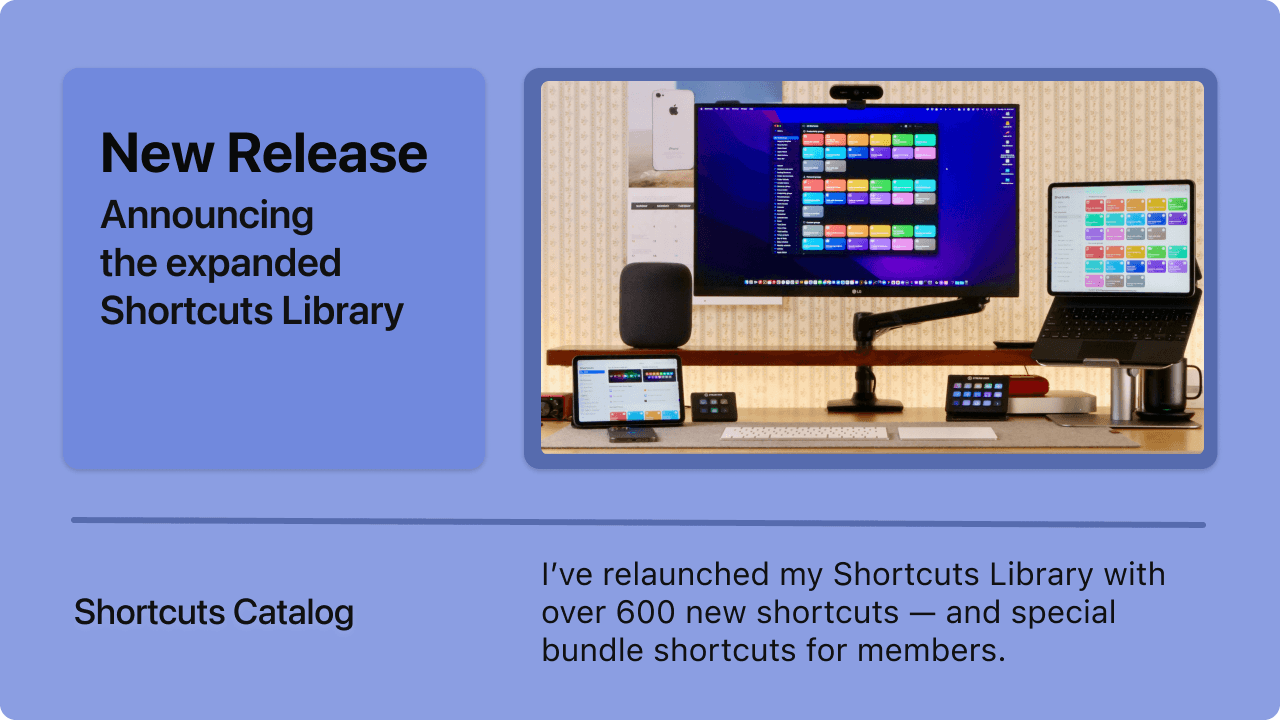