How to jump between the audio and video of Supercomputer

For episode 19 of Supercomputer, instead of hitting the “call” button to record, we pressed “video chat” and proceed to produce our podcast. I edited out some moments, added chapter markers for the audio file, and uploaded the video to YouTube.

But podcasts are for audio, right?
If you’re big on podcasts, however, you probably value how you don’t have to watch a video feed in order to hear what the hosts have to say. That being said, my bet—I hope I’m right—is that some people wouldn’t mind both.

Video podcasts have existed in many forms over the years, but one of the problems is the mixing of media – you probably either want to listen to the show or watch along, but forcing every listener to download huge video files didn’t seem like the right solution.

As I’ve been discovering in many places in my life, working in the place best suited for that type of work is much more effective than trying to shoehorn in half-measures.

Podcasts go in podcast players, and videos most often go on YouTube. So that’s where we put them.

But there’s a disconnect between those two – what if you’re listening along and find yourself in a place where you could watch instead? Enter Shortcuts.

Shortcuts to the rescue

For podcast players like Overcast which enable you to share videos with the current timestamp attached to the URL, allowing you to jump back into that moment, it’s possible to rework that timecode into a YouTube URL – which is what I’ve done for Supercomputer. 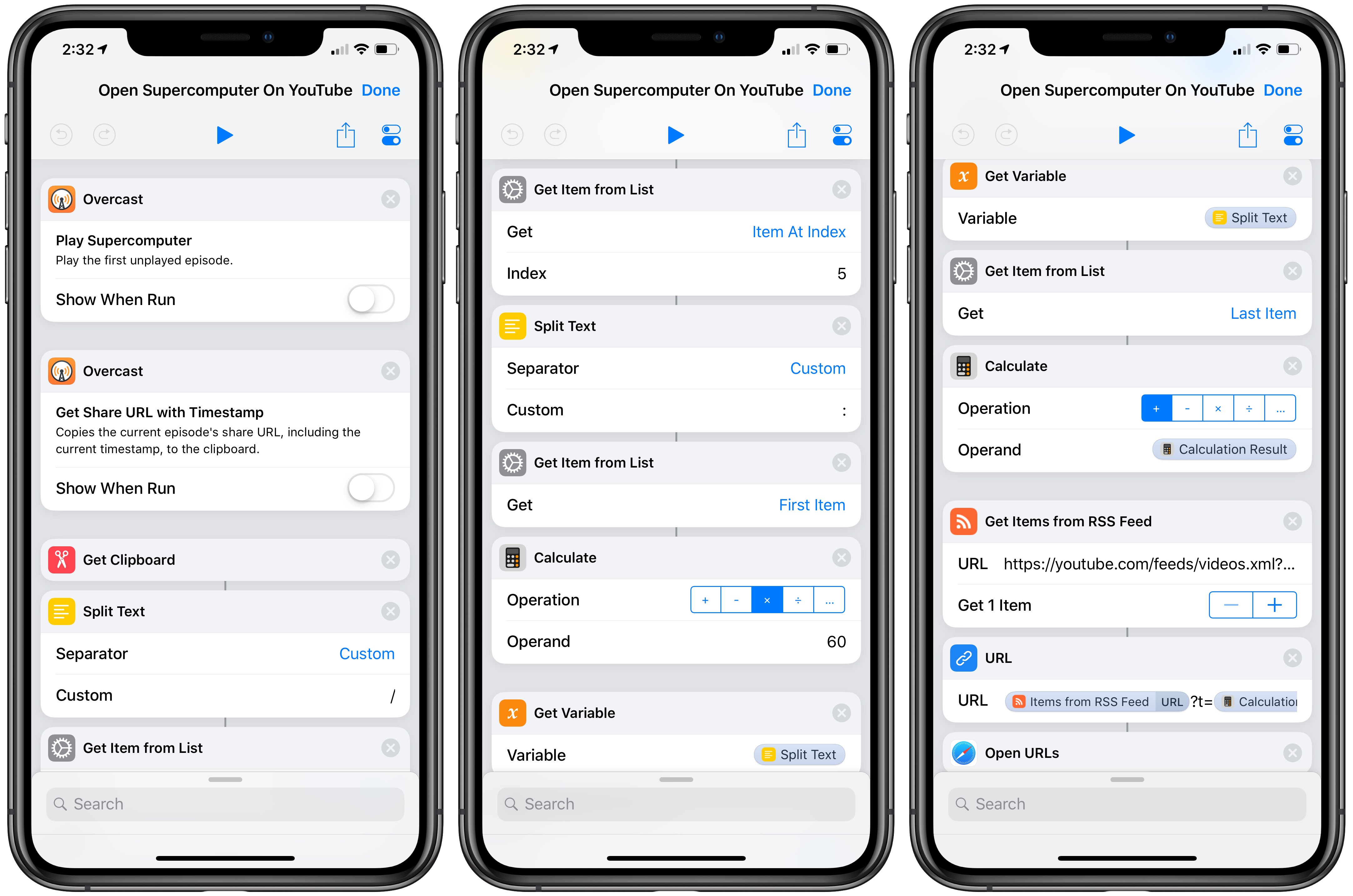 Using my custom shortcut, you can use two Siri Shortcuts from Overcast, a series of text and scripting actions native to Shortcuts, and the URL & Open URLs action to change the links.

With these, I cut the Overcast URL by the backslash and get the fifth chunk (that’ll be just the current timestamp). Then this splits the text from a minutes:seconds format, multiples minutes by 60 and adds it back to the seconds, then appends that to the end of our latest YouTube feed link – this is all so it points to the same time in the video.

With my shortcut, the Overcast link is generated, split up, and swapped into a YouTube deep link into the exact moment, so you can be listening along and instead immediately tune into the video feed.

Add it to Siri, and you can seamlessly jump from the podcast into the YouTube video any time you’re listening along, giving listeners a chance to see me laugh, watch Alex groan, or catch little moments between two friends who enjoy using their gear.

So now, if you want to tune into to Alex Cox and I discussing technology every week, you don’t have to decide which way you’re going to consume it – why not both?

Note: 70% of Supercomputer listeners use Overcast, which is supports sharing timestamps with an episode link. If other apps support this feature, I will build shortcuts for them too.

Otherwise, use this shortcut to get the Supercomputer Channel Links and open into a recent episode. 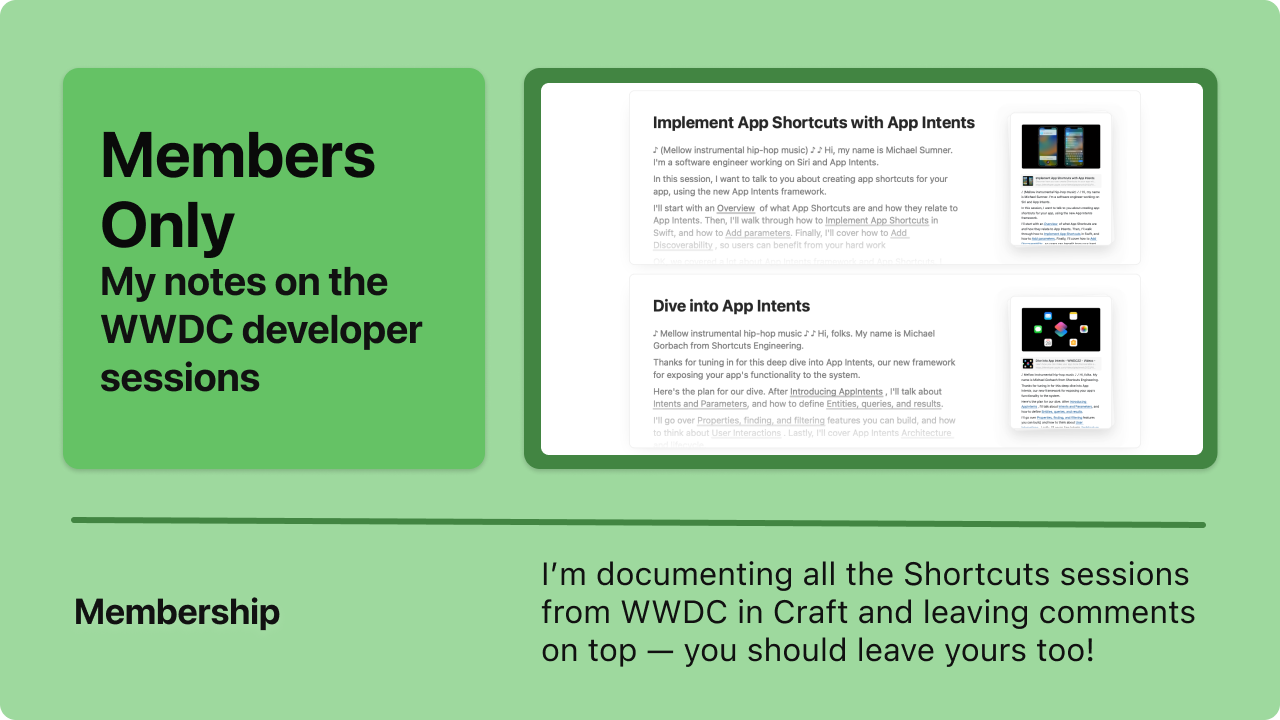 My notes on the Shortcuts developer sessions at WWDC ’22 🔐 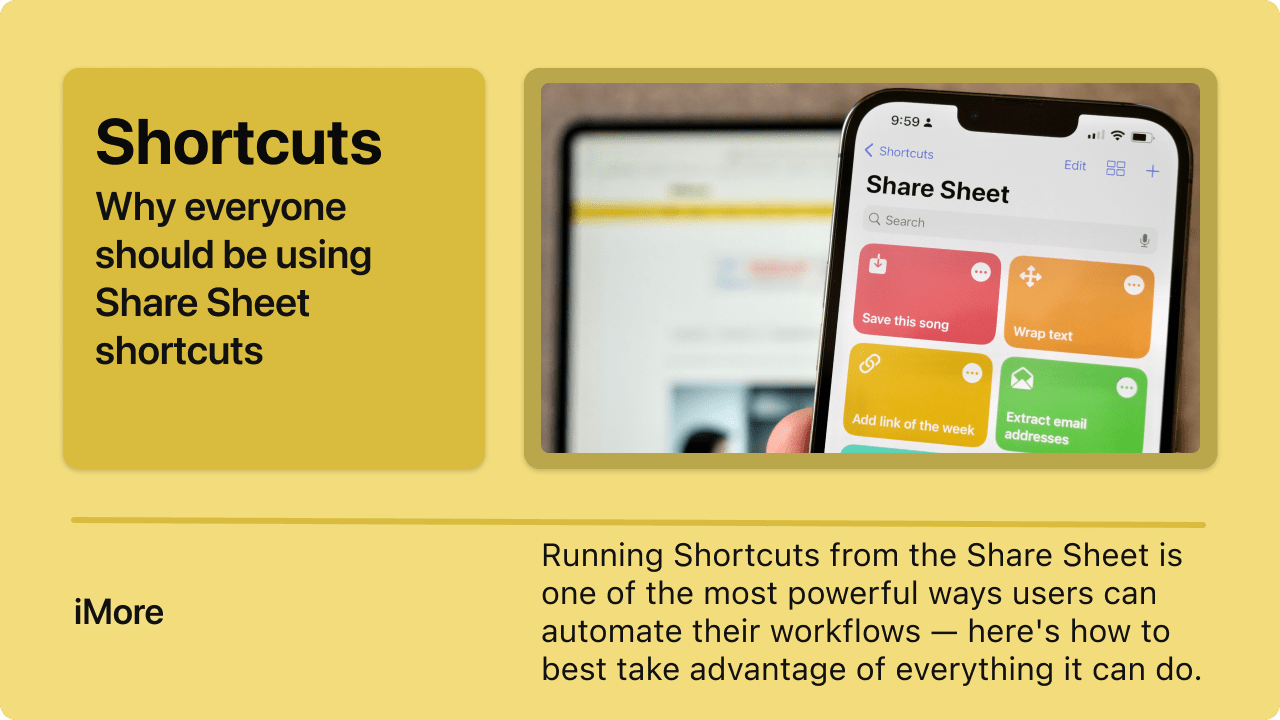