Welcome to Issue 77 of “What’s New in Shortcuts” — we’re just a few days away from the iPhone event and likely only a few more until iOS 16 after that.

That means a whole new season of Shortcuts is almost upon us, with new opportunities for native actions, third-party apps, and deeper integrations all around.

I’m getting super excited to release my iPhone shortcuts first, then iPad and Mac once those OS updates come out in October — and some long-awaited member projects 🤓

If you’re in the U.S., I hope you’re enjoying your long Labor Day weekend — here’s what’s new in Shortcuts to finish off the summer:

The folks at Relay FM have started their annual fundraising campaign for St. Jude’s, a research hospital that provides free treatment for children’s cancer.

This year, they’ve expanded their campaign to allow other folks to create their own fundraiser to join the cause — and I’ve done just that. I’ll be hosting livestreams starting at the end of this week (time and date TBD) to raise money towards my $1,000 goal.

Please join me in contributing — I’ll raise the goal each time we hit it as well: 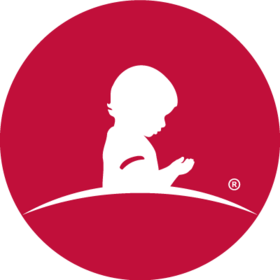 On Wednesday, my weekly piece for iMore explained the various ways to use the Shortcuts and Siri Suggestions widgets — I’m very deep on Shortcuts stacks, but I also love the App Suggestions on my main Home Screen:

From Shortcuts stacks to entire screens of App Suggestions — here’s how to make your Home Screen smarter.

On Saturday, my last iOS 16 teaser piece for iMore went out — this time covering Personal Hotspot and the ways folks use it. I got responses from Twitter earlier this summer and built out Personal Automations for each of them: 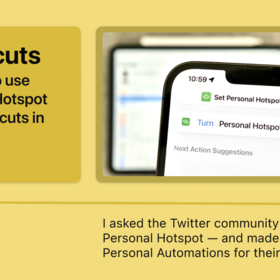 16 ways to use Personal Hotspot with Shortcuts in iOS 16 – Matthew Cassinelli — matthewcassinelli.com

I asked the Twitter community about Personal Hotspot — and made different Personal Automations for their responses.

My buddy Scotty Jackson has followed up on his Agenda and OmniFocus process that integrates the two via Shortcuts — definitely check it out and see what he’s built from scratch: 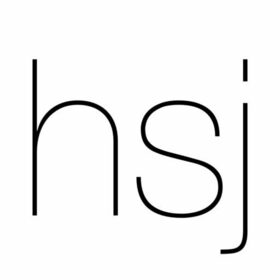 I love having a structured day, and using my favourite apps, OmniFocus and Agenda, coupled with Shortcuts, I have been able to establish that structure in a way that I’m excited to share. The…

SnipNotes will have much better integration with the Shortcuts app. You can create notes, append text to notes, search notes, and much more.

Here is an example shortcut you can invoke from anywhere (Siri, Apple Watch, etc.) to dictate a new note in SnipNotes.

The iOS 16 update for @bluebird_app is coming:

AppIntents is great! It’s a breeze to create new shortcuts that can easily use the target app functionalities. In a couple of hours, I built a shortcut for .@AirScrobble that scrobbles a song by providing a track title and an artist. Now you can scrobble from even more sources! pic.twitter.com/0KrcGpu3rD

@mattcassinelli if you end up considering writing another piece at some point, i’ve added them in for @FocusedWorkApp alongside a new grouping feature! Was a no brainer to include.🙂

The amount of controls of Acrylic 2.0’s Siri Shortcuts is insane and growing. Thanks to the great performance of the new renderer and the increased limitations of App Intents, it’s able to do way more than it used to pic.twitter.com/BBVhyDGnoC

I saw this post from Geoff Hackworth mentioning his custom app he built just to help him take out the trash — I actually love this idea, especially because it supports Shortcuts ($1.99):

I made a dedicated app for bin/trash day reminders 👍 Complex schedules, up to two reminder notifications per collection, Widgets, Siri Shortcuts. Much better than just using Reminders (even when that does work 😬). https://t.co/vUvZdcJynF pic.twitter.com/JhvGHyyhYB

If you’re a Twitterific user, this shortcut from developer Sean Heber opens tweets into their Twitter app — get it in the second link here:

It’s not possible to do automatically – we can’t remap https://t.co/IoIjL2am2e links to Twitterrific. However we could have a share sheet extension in the app for it. That said, there’s a shortcut already that might work for you: https://t.co/2JiaVNeNBp

This shortcut from Meddlin looks great for folks with Elgato’s lights, adding in the additional actions to make it work:

I was trying to find a way to setup an iOS Shortcut for the lights. Since Elgato’s Control Center app doesn’t directly integrate with the Shortcuts app, it’s going to require more steps: https://t.co/aGzrPGMmII

I’ve always been a fan of creating GIFs using Shortcuts, but I do tend to start out with photos — this shortcut from Paul Veugen reminds me to convert videos more often as well:

I just discovered that Shortcuts can create GIFs from videos.

If you use this as a Quick Action (right click) or in the share sheet of a video. pic.twitter.com/3ZVjQm3Rz9

This is a great thread explaining how a very specific Shortcuts setup can do wonders, especially for folks with Accessibility needs — definitely open this full thread and see her explanation:

I programmed my iPhone so when I tap it on the back 3x, it sets an alarm to remind me when I’m next due my meds.

It’s a lifesaver, avoiding accidental overdose. It’s so easy I now instinctively tap my phone when I take my meds.

This is somewhat possible now, because you can set up Messages automations that look for specific phrases — however, Apple has severely limited its capability by disallowing the Run Without Asking feature, so it will notify you but you have to manually run the shortcut at that point:

The Shortcuts app will reach its apex when in can auto-reply to a message which contains the text “STOP” or “Stop2End” with “STOP”.

I also appreciated this thread from Dan Seifert talking about the reliability of Samsung’s routines and how they rarely fail to execute — it’s harsh about Shortcuts, but generally fair in my experience because Personal Automations do tend to fail randomly even after a few years since the feature released:

I also loved this idea from Joshua Davis — if you want to use Focus Modes but it doesn’t work well with an Android friend, you can actually use Shortcuts automations to prep an auto-reply to them.

However, given the same limitation above, you’ll have to confirm the message — this is another example where Messages automations being truly automatic would be very beneficial:

Turn on “share focus status.” And for your green bubble friends, I think you can use Apple Shortcuts to send a message when you’re in a Focus state. pic.twitter.com/wZ482XCxnp

Before we go this week, I also want to share this fun bit of joy in folks playing around with their Shortcuts titles — you can truly use any phrase you want to Siri as your shortcuts triggers:

So anyway, Shortcuts lets you make up what to say to Siri to trigger them. pic.twitter.com/qFhHNRkfsF

This second tweet is from the co-creator of the Big Bang Theory show, who very much got into the idea as well — you love to see it:

I just figured out how to use Apple shortcuts to make my car say a random phrase when my phone connects, so I’ve spent an inappropriate amount of time writing dialogue for my car.

Ahead, warp factor one.

That’s all for this week! See you on Twitter on Wednesday 😜 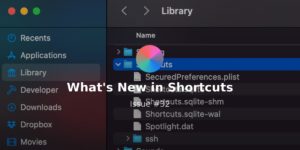 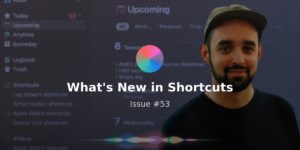