This is the week! Once iOS 14.3 drops, millions of people will update their smartphones and suddenly be able to create their “app ideas” by adding them as shortcuts to their Home Screen.

The main change? The limitation where “custom icons always open into Shortcuts first” is now gone!

Shortcuts added to the Home Screen actually behave like you’d expect, opening into apps immediately – plus they run all the scripting actions perfectly, just like the Shortcuts widget.

I’ve tried to capture my excitement in a video – look for it soon on YouTube. But until then, here’s what’s new in Shortcuts this week:

⏳ SHORTCUTS TO THE MAX

Apple Fitness+ comes out tomorrow, Apple’s releasing AirPods Max, and M1 Macs are still shipping out to new users every day – here’s how to take advantage of Apple’s latest updates:

Alongside Apple Fitness+, Apple will be releasing iOS 14.3 – if you haven’t been tracking through the last few issues, here are the links back to each:

Just like the new Cyberpunk game, Shortcuts sure can be futuristic – and just as buggy 😇:

I realized this week that I’ll probably be linking to Stu Maschwitz and Federico Viticci regularly, so make sure to sign up for both their memberships too if you haven’t yet – and join r/shortcuts too: 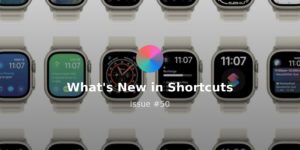 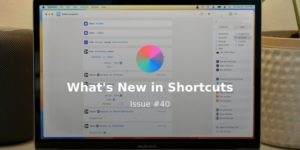