Welcome to Issue 13 of “What’s New in Shortcuts?”

As the betas of iOS 14.3 keep chugging along with the promise of better Home Screens coming soon, the community has rediscovered some new features that snuck in around iOS 14.1.

Plus, I’ve got some tools I put together for my own workflow – and a fun one for getting in the Christmas spirit.

Over on Reddit, we’ve got more creative uses of Shortcuts – and for members, I’ve updated my Routine checklists to use Reminders and Notes (which I’m quite excited about, not going to lie 🤓).

The new Personal Automations for Email and Messages haven’t seemed too useful – but a few more details make the difference. Plus, two actions you might not’ even used:

Well, thanks to Scotty Jackson and Rosemary Orchard, I learned that the Shortcut Input is the key – when you use that and change its variable, you can extract more details – including the message itself. I’ll have more on this later, but check out the tweets for now.
* “Hey Siri, make an icon.”
If you’re prepping for the Home Screen release, you might want to check out the Mask Image action – my new “Make an icon” shortcut uses it to crop any image into the proper shape, then saves it to an album in Photos to grab from later.
* “Hey Siri, set adaptive lighting.”
If you’ve got compatible smart home devices like my Hue setup, you should have access to Adaptive Lighting now. If you use those lights in any of your shortcuts with the Control Home action, make sure to update the color profile to Adaptive Lighting like this shortcut.

I highly recommend people begin thinking about their shortcuts in terms of how they might work from their Home Screen – these three actions are particularly useful (regardless of whether they’re part of a Home Screen shortcut or not, really):

Plus it can automatically stop listening when you’re done talking, making a Home Screen shortcut truly one-tap – try my Dictate Groceries shortcut, for example.
* **Ask For Input**
A useful action for adding information while a shortcut is running is Ask For Input, which lets you type in a response using the Text keyboard, as well as Date and Number inputs.

Plus, when a shortcut that uses Ask For Input is run from Siri, she’ll speak the prompt out loud and you can verbally give your input, making this super versatile – voice when you want it, but typing otherwise so you’re not always speaking out loud.
* **Choose From Menu**
Finally, Choose From Menu is the best tool for making one shortcut that does multiple things, sending you down different paths depending on which choice you make from the menu.

A great way to utilize Choose From Menu to make Home Screen shortcuts is create a shortcut with a bunch of menu options and then Run Shortcut underneath – your multitool shortcut can be used to run each of those other shortcuts, while the individual shortcuts can remain independent (and requested individually using Siri).

👥 IT’S GREAT TO SEE WHAT YOU DO WITH IT

The Shortcuts community always continues to impress, particularly on r/shortcuts – and of course, MacStories has more goodness too:

🎄 GETTING ORGANIZED AHEAD OF CHRISTMAS

Before the end of the year, I’m trying to clear out my read later queue, organize my notes, and get in the Christmas spirit (might as well lean into the joy this year) – all with the help of Shortcuts, of course:

This week I’m sharing some new shortcuts for members related to my ongoing dilemma with Reminders – what’s the best way to integrate it into my daily life alongside a full task management app?

Plus, don’t forget to browse the Catalog every once in a while – it’s always changing…

Check out the Shortcuts Catalog 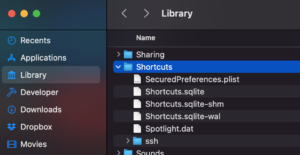 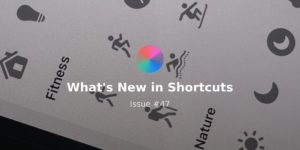