Lately, when I’m ready to sit down and enjoy something for the evening, I’ve struggled to find the right movie to watch.

It’s way too easy to quickly pick whatever’s available on Netflix, Hulu, or HBO, but really all you’re shown is what they’ve purchased movie rights for. The TV app and iTunes on Apple TV are somewhat helpful, but you can’t go very deep into the catalog of films available when you’re just browsing. 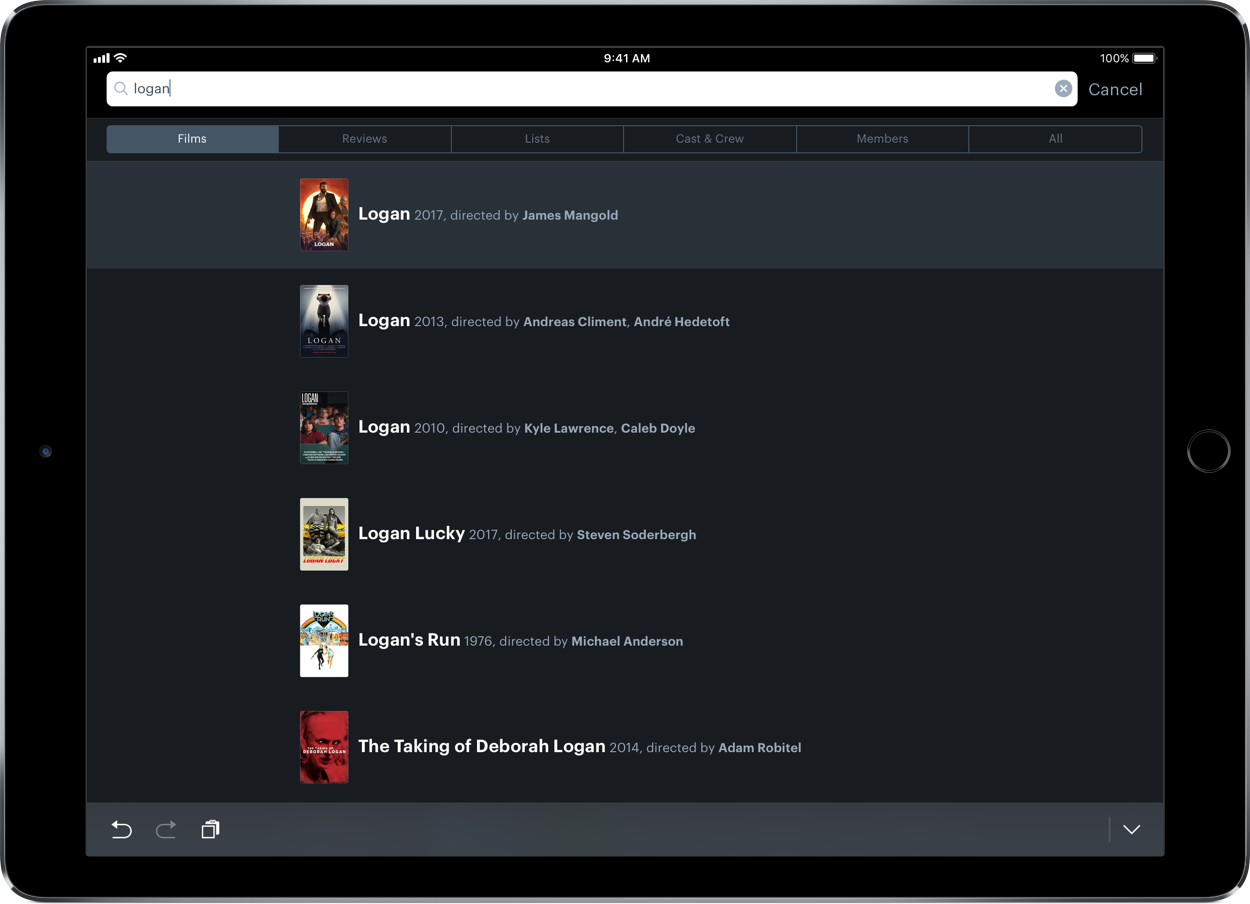 So I’ve been trying to use Letterboxd to keep track of movies and build up a better list to pick from when it’s time to watch. The iOS app is designed for finding films, saving them for later, and logging reviews, wrapped up in a mini social network.1

Letterboxd is nice enough for a dedicated app just for movies – the features you’d want here are different from a TV-tracking app like Couchy, which is more designed for keeping up (because you don’t usually review episodes).

Thankfully, Letterboxd added automation support last year along with the release of their iPad version. They have documentation for their URL scheme available, so I took a look and put together a shortcut to help me get started tracking movies to watch. 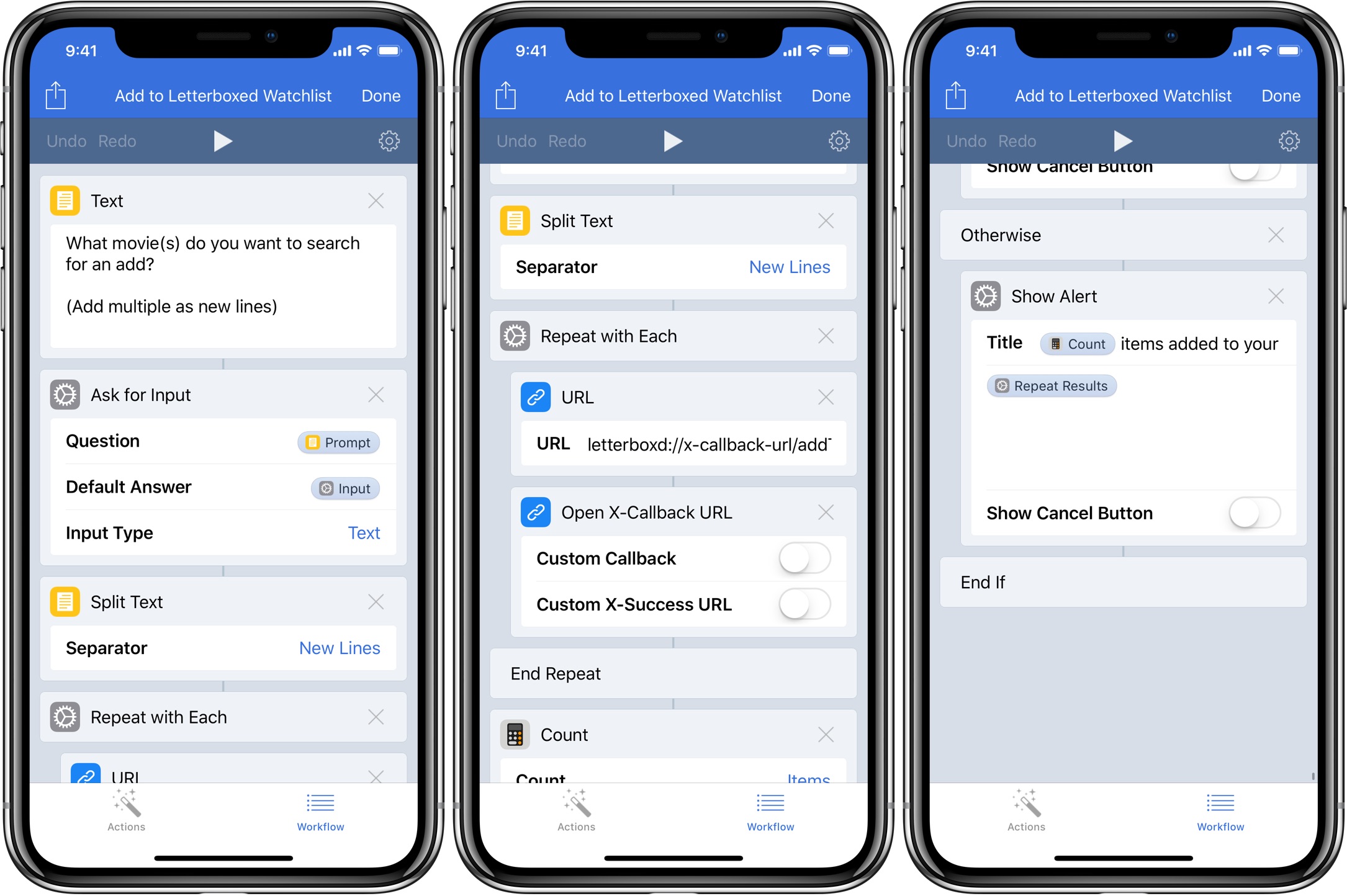 I built Add to Letterboxd Watchlist, a workflow that takes a list of movie titles and opens them one-by-one in Letterboxd to their Add to Watchlist search page and back into Workflow to move on to the next.

With this shortcut, you can save a list of movie titles separated onto new lines. You can add them in the prompt while the shortcut is running, or by inputting them via the Action Extension or from the widget with the list of movies saved to your clipboard.

The way Letterboxd’s URL scheme works requires you confirm the result in its app each time (to make sure you’ve got the right movie), but then it kicks you back to Workflow temporarily. Here the next item is passed along the repeat loop, then you’re opened into Letterboxd for the next result.

Once you get to the end of your list and have iterative back & forth between Letterboxd and Shortcuts, I added a silly little prompt at the end to count the number of items successfully added and list the movies once more for good measure.

Ideally, an app like this would be able to accept a whole list of titles at once and iterate through the results from within the app. But for now, the URL scheme automation makes it possible to batch the results in one go – even though the app doesn’t officially support it.

This is just one example of how iOS automation can make a repetitive task much quicker, and in some cases even faster than you’d be able to do from a computer or on the web. I’m looking forward to collecting movie ideas a bit easier and having a great list to choose from too.2

If you want to see more of what I’ve written about iOS automation, check out my shortcuts category or subscribe to my blog posts via RSS. 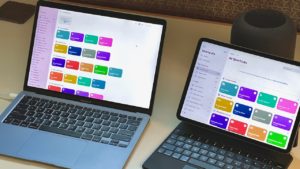 Why summer is the best time to get into Shortcuts