Today in Apple’s “Far Out” keynote presentation, the company released their new Apple Watch Ultra with a new dedicated Action button that can be used for physical access to key goals in apps at the appropriate time.

According to Apple engineering manager Michael Gorbach’s post on Twitter, the Action Button is powered by the new App Intents APIs that were released at WWDC and power the upcoming App Shortcuts feature as part of iOS 16 — and Shortcuts users can assigned a dedicated shortcut to the button as well:

The Apple Watch Ultra’s Action Button is powered by some awesome new App Intents APIs. You will be able to build your own apps to integrate with it, like a hockey app that uses the button to record goals! And for users, the button can kick off any Shortcut you want! 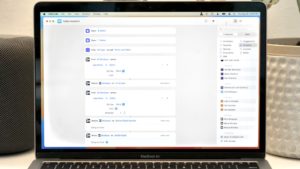 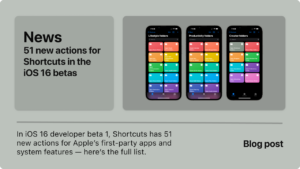