Welcome to Issue 76 of “What’s New in Shortcuts!”

I took last week off after moving into a new apartment all week took longer than expected, and this week Apple announced their iPhone event coming September 7th.

That means we’re in the last two weeks of the iOS beta cycle—with iPadOS and macOS Ventura coming later—so we’re in the final stretch before the new OS features get released.

I’ve got a set of iOS 16 shortcuts for iPhone waiting, plus more on the way once the iPad and Mac are released, so I’m excited to get those into people’s hands. Plus, I’ve got a new set of member shortcuts in production — I’m pumped for this release!

Until then, here’s what’s new in Shortcuts these last two weeks:

Last week, I published a story for iMore covering the Menu Bar applet for Shortcuts on the Mac and gave a few examples of how to build your shortcuts to work well when triggered there — check out the example shortcuts for sure: 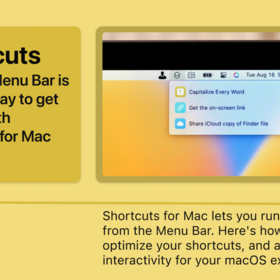 Why the Menu Bar is the best way to get started with Shortcuts for Mac – Matthew Cassinelli — matthewcassinelli.com

Shortcuts for Mac lets you run shortcuts from the Menu Bar. Here’s how to set it up, optimize your shortcuts, and add advanced interactivity for your macOS experience.

Earlier this week, I wrote up a guide to Focus Filters in iOS 16 and shared how I’m excited at the potential — I also linked to three developers who’ve already shared their implementations and the results are super promising: 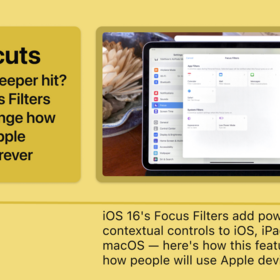 iOS 16’s Focus Filters add powerful contextual controls to iOS, iPadOS, and macOS — here’s how this feature will affect how people will use Apple devices.

On AppStories, the weekly app podcast from the MacStories team, John and Federico had a great follow-up to previous episodes where they discussed what makes a good Shortcuts action — definitely worth a listen: 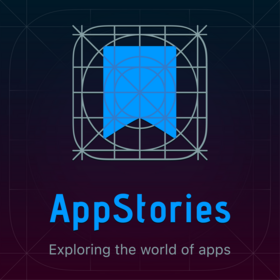 This week, Federico and John consider what it takes to create a great set of modern Shortcuts actions using examples of what Apple is doing in its own apps and what some of our favorite third-party apps are already doing to make Shortcuts accessible to a wider audience and more useful to power users.

John also wrote a good column about the current set of Shortcuts actions for Mac and how they’ve really not gone beyond the underpinnings of last year in this year’s update — I agree it’s a bit concerning, but hopefully the delay of macOS’ launch gives the Shortcuts team time to get the actions from iOS 16 into the Mac release:

In this week’s issue of MacStories Weekly, I explore whether Apple is relying too heavily on AppleScript in Shortcuts for Mac instead of building native system-level Shortcuts actions. https://t.co/FMlEGTLYgm

I also wanted to link to this great piece from Make Use Of as well because they provide an impressive walkthrough of how to literally pull the ID of a note out using View Content Graph action and create a deep link back — I don’t think I’ve ever seen examples in the wild utilizing this core technology that underpins Shortcuts: 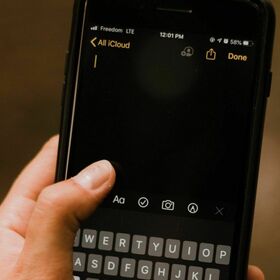 How to Create Deep Links to Specific Apple Notes on iOS — www.makeuseof.com

Want to deep link to a specific Apple Note? Here’s how to find a note’s hidden URL using Shortcuts and create a rich link to use in other notes.

Finally, this Saturday, my piece on some of the Mac-only Scripting actions went up for iMore — I strongly recommend anyone who’s not yet played around with AppleScript for keyboard shortcuts to read this piece: 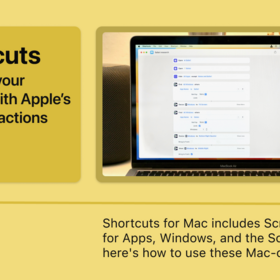 Shortcuts for Mac includes Scripting actions for Apps, Windows, and the Script Editor — here’s how to take advantage of these Mac-only actions.

📲 Apps to Check Out

I linked to this thread in my Focus Filters piece, but Emmanuel Crouvisier shared his iOS 16 teaser thread and included his latest version of App Shortcuts for CardPointers:

* Ask Siri, “CardPointers for Gas Station”, or anything else, and you’ll immediately see which card to use there. No setup necessary in the Shortcuts app anymore!

* With iOS 16, ask Siri, “What can I do here?” to help discover new App Shortcuts. pic.twitter.com/8vInprmhFg

Hidde van der Ploeg, another developer I met at WWDC, jumped on the thread with details for his Now Playing app that shows the current song playing out loud using the ShazamKit API:

To jump on this bandwagon: These are most of the new things I will add for @NowPlayingGold (I’ll wait to show what this looks like until it’s nearly in the App Store 😌)

I also retweeted this app from developer Cesare Forelli that acts as a URL launcher with Home Screen widgets, plus large widgets for the Home Screen — check out Link Hub:

I saw this tweet from Lyndsy Simon providing a clever utility for looking deeper at your two-factor authentication QR codes:

I needed to set up two-factor auth for an app, but they only provided a QR code to scan – not the secret text.

… so I wrote an iOS shortcut that parses the secret from the URL and copies it to your clipboard: https://t.co/RXT6hczd81

I saw this exchange from Murphy Randle asking developer Jordan Morgan about a shortcut he mentioned on the Launched podcast — I love the Kindle integration in this:

Yup! Just a heads up that it requires the yellow highlighter https://t.co/8uoRK7pslY

I love using Twitter’s Search Filters and this tweet from Mauro Garcia links to a shortcut that looks through tweets from people you follow for specific search results — I use this kind of thing all the time, it’s like a personal search engine:

Inspired by my friend @dagorenouf,

I just made this simple iOS shortcut that will open Twitter and search for tweets from your following list. https://t.co/2UDZTGRnu0 https://t.co/xUDDnbOdq1

This tweet from @sydnyasargent shares a clever implementation of the Back Tap’s double tap and triple tap feature — using it for audio playback controls:

I definitely got a laugh out of Claire Violet’s use case for Personal Automations, which is discouraging Twitter use and instead, let’s say, encouraging when they don’t use it:

creating a siri automation to shame me into not using twitter by announcing “bird website” aloud was good, but the reward for closing it has now created a counter-incentive, because i don’t want strangers in the elevator to hear my phone call me a “good girl” 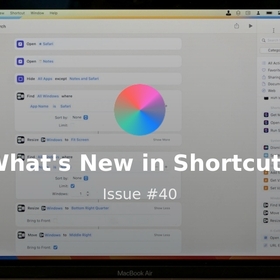 This week, I also wanted to share some feedback for Apple on things that are still missing from Shortcuts in iOS 16 — starting with the Apollo app developer’s tweet about Shortcuts missing a Lock Screen widget:

The updated System Settings app in macOS Ventura has been causing some controversy with its redesign, and I jumped onto a thread questioning why Shortcuts still doesn’t have better actions for controlling settings — it’s almost always one of the requests I get and I’d assumed Apple would have made this possible by now:

Toggling various settings has always been the most-requested feature for Shortcuts https://t.co/o56oSCCjEo

This feedback is small but would be great — the Date actions should actually show the formats you’re previewing inline so you don’t have to guess:

.@Apple it’ll be much helpful for users if you show the expected formats next to the options.

This is the Shortcuts macOS app. pic.twitter.com/lIPi98lJLL

Here’s another very specific but very important detail that’s missing for this user — more details for BSSID and SSID. I honestly don’t even know what he needs them for, but this user looks for this update every time and doesn’t get any progress:

Each time I update to a new #iOS16 beta I check to see if I can get more details than BSSID and SSID with Apple shortcuts.

But with LTE we get signal bars, but not RSRP (just in field test mode).

Finally, I got a bit ranty earlier in the week and shared a series of Feedback reports that I’d filed earlier in the summer, all of which are still broken ahead of iOS 16 — I rounded it up with a little meme to let off some steam because my frustration comes from wanting to be super excited but just being held back too much.

I hope some of these fixes can get into iOS 16.1 so beta users can do things like use their Share Sheet shortcuts again…

SHORTCUTS IS THE MOST POWERFUL WAY TO LEARN TO CODE WITHOUT LEARNING TO CODE BUT APPLE IS HAMSTRUNG BY TECHNICAL ISSUES IN THE APP WHILE REGULAR USERS ARE COMING UP WITH CLEVER IDEAS ACROSS SOCIAL MEDIA. IT REMAINS TO BE SEEN IF APPLE CAN KEEP UP OR IF USERS WILL GET SICK OF BUGS https://t.co/UBsmcFLlNc pic.twitter.com/9A5JqpJe63

Before we go for the week, I like to leave a little Shortcuts humor — Federico Viticci is spot on with this one:

That’s all for this week! See you next weekend a few days ahead of the iPhone keynote 👋 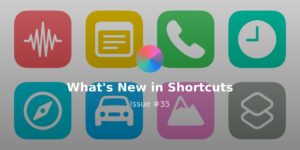