I had the pleasure of being a guest on this week’s Clockwise podcast on Relay.FM alongside guest Kelly Guimont and hosts Mikah Sargent & Dan Moren. We talked about:

Whether we’d install a third-party app store on our phones, our most anticipated Matter devices, the tasks we’d pawn off onto an AI chatbot, and our non-holiday holiday traditions.

END_OF_DOCUMENT_TOKEN_TO_BE_REPLACED

I had the pleasure of being a guest host on this week’s iOS Today:

Thanks to Rosemary for having me on again — and Mikah for taking a week off so I could host in his place! 🙏

END_OF_DOCUMENT_TOKEN_TO_BE_REPLACED

This Tuesday, I had the pleasure of being as a guest on iOS Today with Mikah Sargent:

Personalize your custom Focus modes in iOS 15 or iOS 16, from silencing specific notifications to switching screens based on location.

Watch the full episode on TWiT or  on Apple Podcasts.

Last Friday, for episode 435 of the Clockwise podcast, I got the chance to join Dan Moren and Mikah Sargent again along with Rosemary Orchard to talk about:

Our excitement and trepidation regarding Passkeys, our thoughts on auto-generated Siri App Shortcuts, the most exciting features announced at WWDC, and our inevitable (?) USB-C future.

Check out Clockwise on Relay.FM, subscribe in Apple Podcasts, and listen to the episode below:

END_OF_DOCUMENT_TOKEN_TO_BE_REPLACED

For episode 435 of the Clockwise podcast, I had the pleasure of joining Dan Moren and Mikah Sargent as a guest along with Jean MacDonald to talk about:

How Apple should address AirTag misuse, the techniques we use for cleaning out our inbox, whether Twitter’s “Close Friends” feature interests us, and our applications for a smart foot pedal.

Check out Clockwise on Relay.FM, subscribe in Apple Podcasts, and listen to the episode on the web below:

END_OF_DOCUMENT_TOKEN_TO_BE_REPLACED

Last Friday, the episode of Automators that I recorded with Rosemary Orchard and David Sparks dropped — and it’s a great hour-and-a-half conversation about the current state of Shortcuts.

Rose, David, & I haven’t talked since the release of iOS 14, so this is a dive into how I’ve been applying those features, my latest breakthrough with my shortcuts, and my updated Shortcuts Library.

Rose & David are my kind of people, so this conversation was naturally a blast — listen to the full episode:

END_OF_DOCUMENT_TOKEN_TO_BE_REPLACED

Last week, I had the pleasure of being a guest on episode 4 of Sigmund Judge’s podcast Magic Rays of Light, a new show dedicated to all things Apple TV.

That episode is out now and available to download in your podcast app of choice.

Talking with Sigmund was a treat and we had a great conversation about: 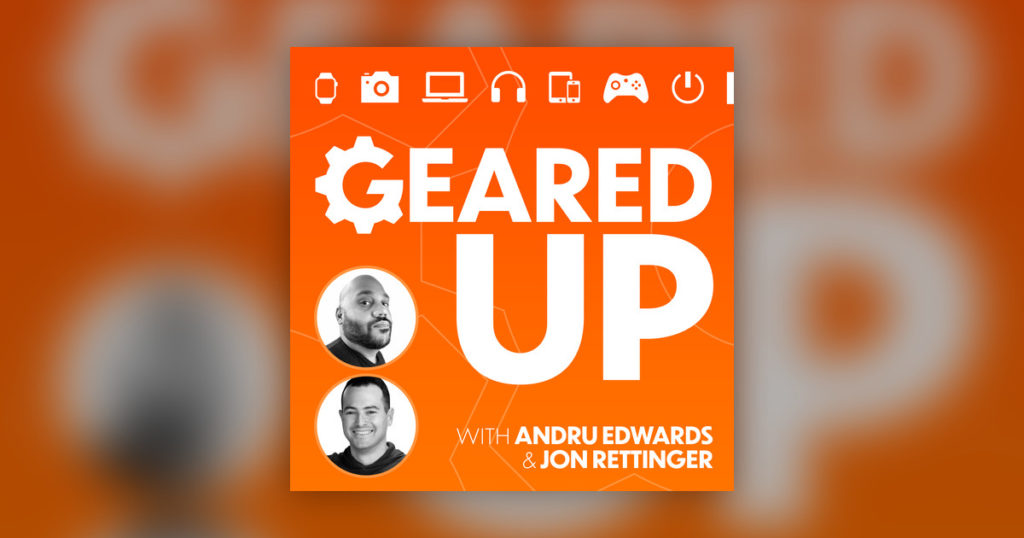 Recorded June 11th, I had the privilege to be on Andru Edwards and Jon Rettinger’s podcast Geared Up.

We had a great conversation where I told them all about Siri Shortcuts, plus we covered Andru’s YouTube situation, Apple’s worldwide developer conference (WWDC) & the transition to ARM Macs, and the PS5 announcements – here are the show links:

Last Monday night, I streamed on Twitch for about a half hour on the topic of Ferrite for iPad with my friend Alec Pulianas, a computer engineer and podcast editor at AMP Creative Studios.

Watch How to edit podcasts with Apple Pencil in Ferrite (ft. Alec Pulianas) from matthewcassinelli on www.twitch.tv

We both edit podcasts and audio using Ferrite, a purpose-built audio editing app designed primarily for spoken word content (as opposed to Logic Pro or Garage Band which were built for music). It works on both iPhone and iPad, enabling a very natural touch input paradigm for editing your audio that both Alec and I prefer to use.

In our stream, we talked about the additional benefits when you edit on the iPad, including how using the Apple Pencil in this app feels like a remote control and which custom settings we use to edit.

We also covered details like Ferrite templates, the keyboard shortcuts, and a few of the downsides as well – it doesn’t have the same speed-changing capabilities as Logic, for example.

I really enjoyed talking with Alec—he’s a great guy—about this tool we both enjoy, especially because it’s changed how I edit audio and opened up where I can do my work.

Check out the clip on Twitch and follow my channel if you want to see future streams like this.1

The day after iOS 13 launched, I was a guest on the iMore show to talk all about the updates to Siri Shortcuts (and a bit about the new iPhone):

Shortcuts expert Matthew Cassinelli is here with a wealth of information for making life better with iOS 13! He guides Lory Gil and Georgia Dow through the basics of shortcut creation and shares some of his own creations from matthewcassinelli.com.

I had a really great time talking to Lory Gil and Georgia Dow – Lory is the editor at iMore and corrects the mistakes in my freelance articles, and Georgia does a wonderful job as Senior Editor there too.

We also recorded this as a livestream, so here’s the video if you want to follow along – I even turned on my main camera with a top-down shot for part of it:

END_OF_DOCUMENT_TOKEN_TO_BE_REPLACED

Tim Chaten was kind enough to have me back on his podcast iPad Pros:

I always appreciate talking to Tim – he gives a fantastic outline ahead of time, which maps very well to what people are interested in learning about Siri Shortcuts.

As such, this is a straightforward explanation of everything that’s coming in iOS 13. Listen to the episode.

My friend Brian Matiash was kind enough to have me on his photography podcast to talk Siri Shortcuts:

When the topic of mobile photography is discussed, it’s almost always with reference to the cameras and sensors built into our phones. However, there is another side of this topic that is as interesting and can be quite impactful for photographers.

Brian is a great guy and I love talking Shortcuts with him because he gets just as excited, if not more so, than me. Especially when it comes to on-the-go photography and the capabilities of iPad, it’s never been a better time to build up a mobile photo workflow.

Listen to the episode and add his show for some good photography talk. Plus, check out his own photography too.